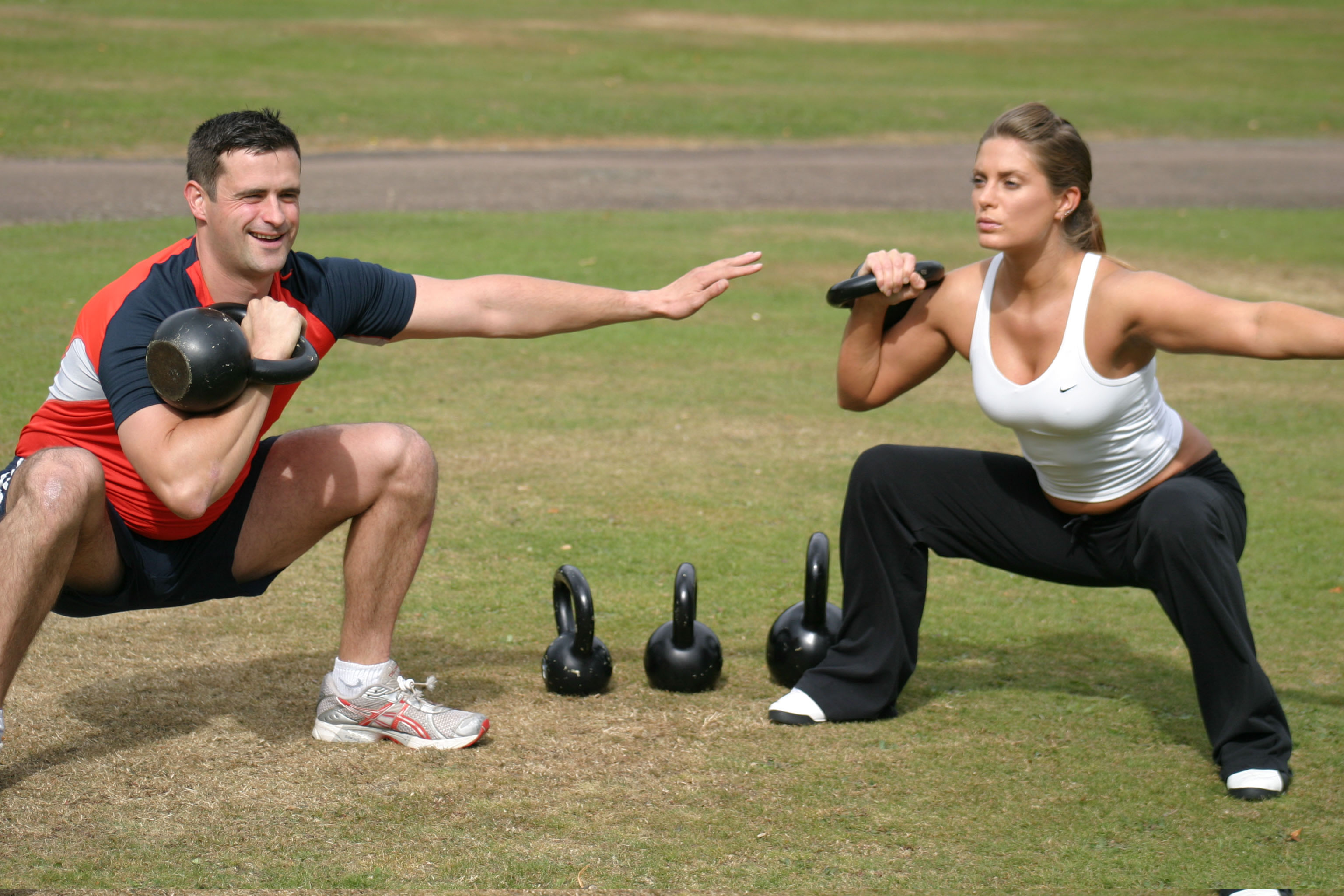 You’ve probably seen the bowling ball-shaped weights with handles lying around the gym, and wondered what these things are. Rest assured, we can tell you the ‘kettlebell weights’ are used for implosive work-outs aiming to strengthen the core, tone overall body and nearly knock you for six with the series of squats and swings. Brace yourself for the aftermath of pain, but hang in there for a few sessions and it gets easier.

What: Deriving from the Russian fitness world as far back as the 1700’s, the kettlebell became, and still is, a major part of Russian athletes’ training programmes (most notably the Olympic track and field and weight lifting teams). The Russian Military has also been known to incorporate a ‘kettlebell snatch test’ for instruction purposes. Nowadays the trend is slowly making its way West with celebrities such as Penelope Cruz, Sly Stallone and even Bruce Lee at one point swearing by its toning abilities.

Where: Classes are still building in and around London. At the moment, most courses are run through gyms and private trainers. A few we found are CrossFit London, Fitter London who run classes in Covent Garden, Be Stronger who will set up classes near you and Kettlebell Union who are based in West London.

When: Times are dependent on each training group so best to refer to the web-sites. Most organisations also offer private tutorial at work or home so if you’re up for getting your own class going, consult trainers directly.

The Rundown: Classes are typically set in six to eight week blocks so newbies can get acclimated to the kettlebell. When initially picking up the weight, you wonder just how you are going to finish one hour with this funny-looking object. ‘All in the hips,’ assures the instructor. They must be right as you are suddenly managing single and double arm swings, ‘snatching’ the bell above your head and ‘cleaning’ it to your shoulder. If that wasn’t enough, the subsequent classes propel you to new heights including the military press, the front squat, the yoga-inspired windmill and the ‘Turkish get-up’ break-dancing maneuver. The programme finishes with the endurance challenge focusing on repeats of all the exercises along with heavier weights and more reps. Pushing the entire body to work at maximum levels allowed us to (just barely) finish the class giving all a sense of great triumph.

Is This Right For You: For something different to the traditional gym work-out, this is a nice alternative that combines strength training and endurance building. Kettlebells also mandate all muscle groups work together to complete each exercise so a thorough work-out is guaranteed. A minor annoyance to mention – the weights can add strain to wrists and at times cause bruising when they knock against the forearms. Trainers insist this is a temporary reaction as the movements take getting used to. We’ll let you be the judge … might be an idea to bring gloves or wrist guards. Either way, instructors are taught to push the group so beware – no slacking!