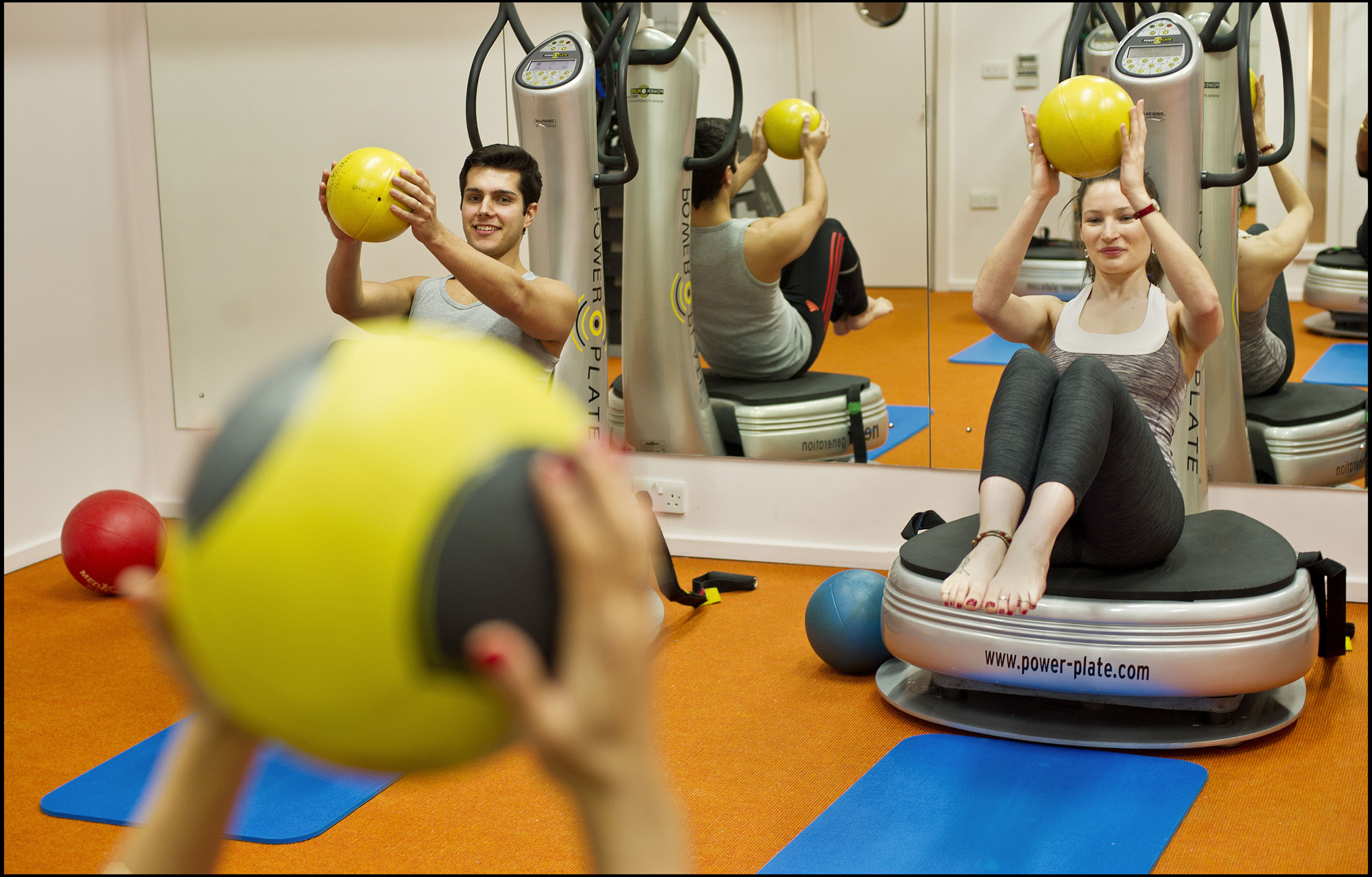 In the mood for good vibrations? We are referring to the Power Plate (of course!) – a training device that produces vibrations from its platform and then through your body making each movement more challenging and thus burning calories in half the time. Another fitness fad? It’s up for debate. London certainly seems to be embracing it as more studios open every month.

What: Also referred to as Vibe Exercise, this form of fitness focuses on enhancing circulation, lubricating joints and increasing secretion of hormones such as serotonin whilst also toning the body and accelerating weight loss. That’s a tall order for a 20-30 minute class, but instructors are working their way into the world of sports medicine and finding results for both rehabilitation and strengthening.

The technique was first introduced in Russia where astronauts discovered the vibrations prevented muscle and bone atrophy. Dutch Olympic trainer Guus van der Meer went on to commercialise the product in 1999, developing the Power Plate machine as we know it today.

The rundown: Marketing itself as the work-out for those short on time, Power Plate studios are quickly grabbing the attention of those on-the-go. Classes run no more than a half hour with a maximum of five people ensuring each person gets individual attention. The time scale allows for approximately 15 -25 exercises, each one being held for 30 – 60 seconds (thankfully you can adjust the time yourself!). The class maintains a simple structure and overall low impact work-out – a bonus for those rushing back to work, but a drawback for the cardiovascular-hungry types.

A typical class begins with warm-up stretches on the platform giving one time to adjust to the vibrations that allow the muscles to contract at 30 – 50 times a second instead of once or twice – it’s definitely an adjustment! The mainframe of the class consists of exercises such as squats, lunges and planks as well as arm work that incorporates a small medicine ball (as seen above) and/or straps attached to both sides of the platform.

Is it right for you?: It’s hard to knock the Power Plate work-out for its basic format and emphasis on personalised attention. The rather pricey £20 per session however makes us think lunges and dips can be completed elsewhere for half the cost. Having said that, the work-out is challenging and can be varied from ski school, yogic postures, sports related training to specially constructed rehabilitation sessions for injuries and conditions such as arthritis. Give it a try, but be warned – best not to have anything in your stomach- the vibe machine can be jolting!

Where: From Fulham to the City, studios are popping up all over London. Some to mention are Good Vibes (who opened the first Power Plate studio in London, and have classes such as HIT – High Intensity Training), Fitness for Everybody (including wacky work-outs titled Little Black Dress and Shaken Not Stirred) and PowerTone.

When: Similar to other studios, classes start at early bird hours from 7.00 am and run through the day and evening. Private classes can also be booked.

Offers: Most studios offer free trial sessions. Memberships vary – the more classes you sign up for, the less it is. One-off classes tend to be around £20 and personal sessions approximately £30.