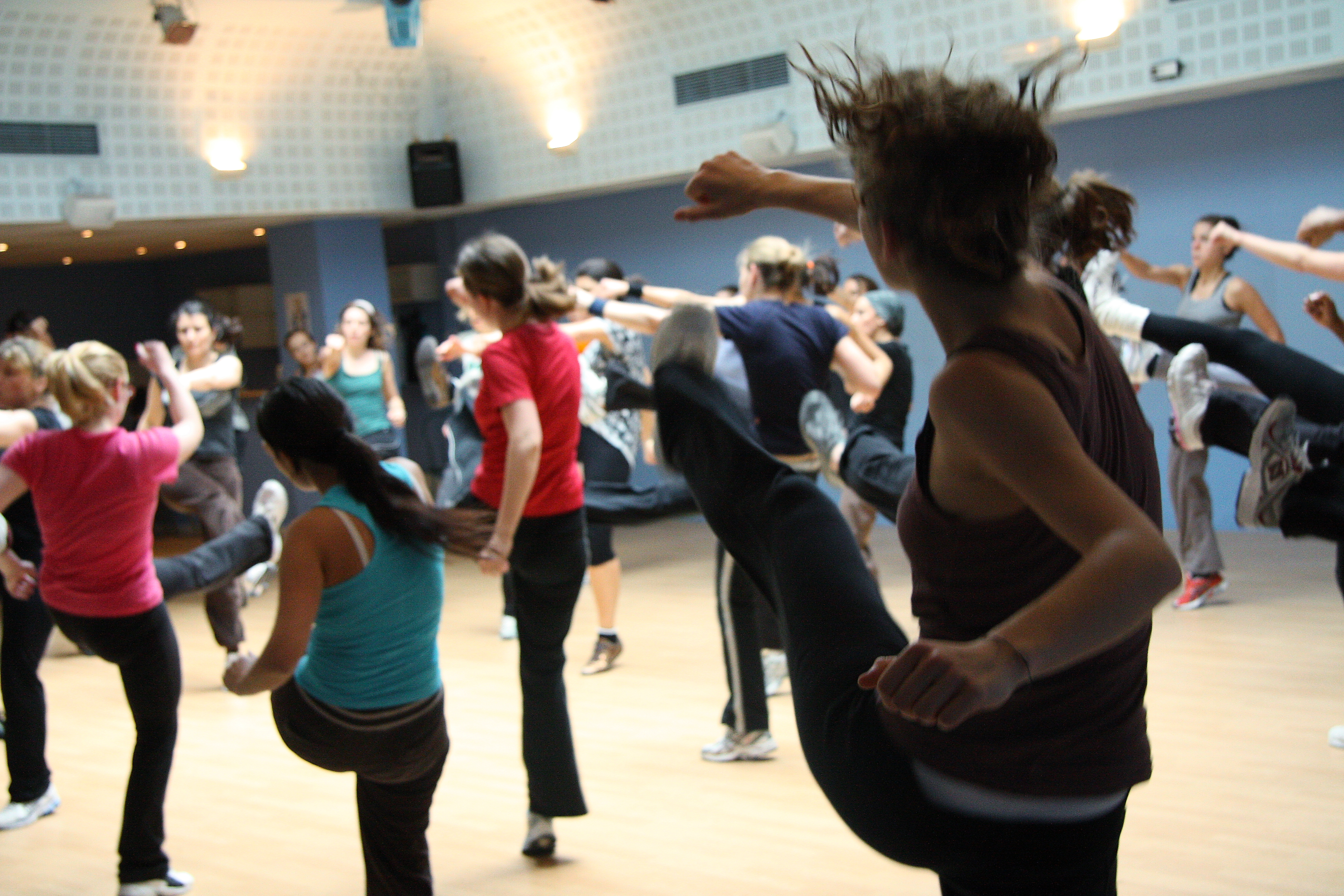 To many in Sweden, and surprisingly France as well, Swedish Fitness is a way of life. With classes performed anywhere from school halls to the beach, this fitness craze, also known as Friskis to the Swedes, combines a mix of aerobic and strength-based exercises to upbeat grooves such as Daft Punk, Kanye West and yes, even Abba at times. While Friskis may sound a bit like cat food, this work-out is certainly not for the felines – but instead an onslaught of women (and a few men) who are eager to burn some calories.

What: Johan Holmsäter created ‘Friskis and Svettis’ in Stockholm 1978 in efforts to promote gymnastics and well-being. In 1993, Claude and Lena Coury left Sweden for France, and brought their fitness training with them, coining the exercise Swedish Fitness.  Membership in both countries went over 500,000 in a short span of time, with some beach-front classes in the South of France gaining popularity by the hundreds. The family has since started classes in Denmark, Switzerland, Canada and now the UK, where there are over ten classes per week in London.

The Rundown: Work hard – play hard. This seems to be the motto of the predominantly French and Swedish instructors whose fun-loving nature is quickly transformed to the role of sweat buster once the class begins. But the smiles never leave their faces as the gentle warm-up of running and stretching ends, and the energetic sequences of kicks, jumps and even a few grapevines begin. Just as you think you can’t possibly do another star jump, you are motioned down to the floor where you undergo a series of push-ups and planks. And so the pattern continues, with thankfully a warm-down that involves lights off and a chance to close your eyes.

Is This Right For You: The upbeat, progressive music combined with fast-paced, short sequences makes the class race by. It’s challenging, but it’s not gruelling. Some of the exercises border on the silly side, and sometimes the instructors’ heavy accents can prove tricky to understand – but if you can get over that, it’s fun. You can laugh, sing and jump around performing old-school 80′s moves like step-and-kicks. At the moment, it’s mostly French and Swedish women but this is changing as word spreads that this form of fitness is simple and most certainly an all-around calorie expender. Each class is different so it’s worth trying a few out.

Where: Swedish Fit is the official organisation that organises the classes. Each session is one hour long, and can be found in school halls in Soho and Pimlico, a dance studio in Old Street and a college in Kings Cross.

When: Classes are in the evenings Monday through Thursday, as well as Saturday and Sunday afternoons (where it’s rumoured classes are followed by a Sunday brunch).

Still not sure?  Try watching a snippet of one of the classes here